SICK NOTES FROM A SANGOMA – ARE THEY VALID?

LOSS OF SUPPORT CLAIMS: UNMARRIED COUPLES COME IN FROM THE COLD 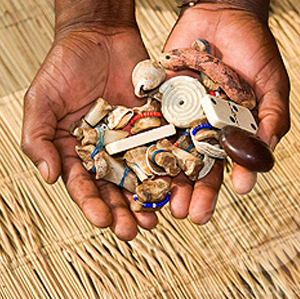 A recent decision of the Labour Appeal Court has been misinterpreted by some as meaning that employers must now unconditionally grant their employees sick leave on the basis of ‘sick notes’ from traditional healers such as sangomas. That is not correct, and it is important for both employers and employees to understand the true current position.The facts; and the findings

The employee in question had asked for a month’s unpaid leave in order to undergo training as a sangoma, which she considered vital to her well-being (to appease her ancestors and “to avoid incurring their wrath”). To this end she produced a traditional healer’s certificate to the effect that she “…..was diagnosed to have a PERMINISIONS OF ANCESTORS” and needed unpaid leave “to complete her initiation school final ceremony to become a traditional healer”.Her employer offered her only one week’s unpaid leave, which she declined. She then went absent against her employer’s instructions, and on her return she was dismissed for misconduct after a disciplinary enquiry. She challenged her dismissal in the CCMA, which held it to be substantively unfair and ordered the employee’s reinstatement, finding that her “absence from duty was due to circumstances beyond her control” and that the employer’s refusal to grant her unpaid leave had put her life at risk.The Labour Court upheld the CCMA’s award on review, and the Labour Appeal Court confirmed this decision, commenting on the diversity of cultures, traditions and beliefs in our society and the need for “reasonable accommodation of each other to ensure harmony and to achieve a united society”.So, where does that leave you?

Whether you are an employer or employee there are some fine distinctions to make here – take advice in doubt.

© DotNews, 2005-2013. This article is a general information sheet and should not be used or relied on as legal or other professional advice. No liability can be accepted for any errors or omissions nor for any loss or damage arising from reliance upon any information herein. Always contact your legal adviser for specific and detailed advice.

How to execute a will during physical and social distancing

SECURITY ESTATES BEWARE: YOUR LEVIES AT RISK IF OWNER GOES UNDER

DIRECTORS PART 1: YOUR DUTIES, AND YOUR RISK