SELLING A BUSINESS WITH GOODWILL: BEWARE THIS IMPLIED PROHIBITION

RENTING IN A COMPLEX? READ THE RULES!

LANDLORDS: CAN YOU SWITCH OFF YOUR DEFAULTING TENANT’S LIGHTS? 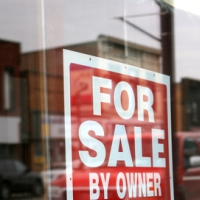 When you sell a business including its “goodwill”, you will likely be prevented from opening up in competition with your old business by a “restraint of trade clause” in the sale agreement.

Your 5 year restraint period lapses – what next?

Restraint clauses have to be reasonable in duration, so somewhere along the line your restraint period will lapse.  And when that happens, you may think that you are now completely free to set up shop again.

But as an important High Court decision has highlighted, this is not entirely correct.  In this particular case the restraint clause itself lapsed after 5 years, whereupon the key individuals involved (effectively the owners of the company that had sold the business), started up again in competition with the buyer.  One can perhaps understand their confident assertion that they were perfectly entitled to do so and to actively canvas their former customers – after all, the buyer had happily agreed to the 5 year non-competition period.

However, held the Court, the restraint clause was not the only restriction on the seller. Because the sale had included “goodwill”, the seller was, even after 5 years, still bound by an “implied prohibition” against the canvassing of former customers.

Critically, held the Court, such an implied prohibition applies to the seller regardless of whether or not the parties have agreed on a specific restraint clause.  In this case therefore, although the buyer and seller had specifically agreed on only a 5 year restraint period, the seller still remained at least partially bound after the 5 years lapsed.

Sellers: Even if by some chance there is no specific restraint clause in the sale agreement, you are still subject to an implied prohibition against canvassing existing customers if the sale includes the “goodwill” of the business.  Avoid doubt and dispute with a restraint clause that specifically overrides any implied prohibitions (unless of course you are happy to never trade in the same field again).

Buyers:  The implied prohibition in your favour is certainly better than nothing, but as illustrated in this case it leaves you vulnerable in certain critical respects –

Have your lawyer check that you are covered by a comprehensive and tightly-worded restraint clause.

If you want to get in touch with us to act in respect of any matter stated herein, please send an email to info@chrisfick.co.za

© DotNews, 2005-2015. This article is a general information sheet and should not be used or relied on as legal or other professional advice. No liability can be accepted for any errors or omissions nor for any loss or damage arising from reliance upon any information herein. Always contact your legal adviser for specific and detailed advice.

Home businesses – Is yours legal?

Directors and business rescue in the time of COVID-19

Leases, contracts and COVID-19: What is Force Majeure?