AMNESTY TRANSFERS: SUBSTITUTION OF DEBTOR UNDER A BOND: WHEN? WHY?

BUILDING A HOME IN 2013? DON’T LOSE YOUR DEFECT COVER!

WHY DO LITIGATION ATTORNEYS MEDIATE? 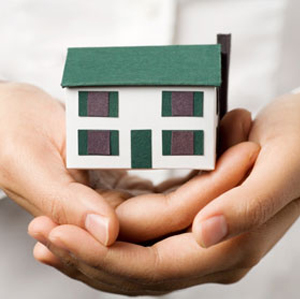 Some Banks seem to have taken advantage of the Amnesty/Moratorium transfers (allowed by SARS in terms of Schedule 8 of the Income Tax Act) in order to negotiate more favourable mortgage loan terms with their existing customers. This seems to be rather opportunistic and contrary to the spirit of the tax amnesty granted by SARS until the end of this month.

Section 57 of the Deeds Registries Act No 47 of 1937 provides for a new owner of property to be substituted as debtor under a bond on receiving transfer of the bonded property from the existing owner or debtor, provided the transferor: is not a trustee or executor in an insolvent estate or insolvent deceased estate, a liquidator of a company; has not reserved a real right in his favour (e.g. usufruct) and the new owner is competent to mortgage the property (e.g. he is not a fiduciary) and the bond to be substituted does not secure the obligations of a surety. Two or more persons acquiring a property in undivided shares may also be substituted, provided they renounce the legal exception de duobus vel pluribus reis debendi (makes two or more mortgagors jointly and severally liable).

Substitution especially finds application in the case of moratorium/amnesty transfers and where a joint owner disposes of a half share to the other joint owner.

The section provides for the registration of a consent to substitution of debtor to be signed by both the mortgagee and the new mortgagor and is much cheaper than cancelling an existing bond and registering a new bond over the property. In fact, in most instances the costs will be less than half.

Although substitutions have been done for many years the banks are now refusing to consent thereto citing the reason that it is no longer policy. They will insist on an existing bond being cancelled and a new bond being registered at an increased rate of interest as in most cases the existing bond will bear interest at a preferential rate. Clients should however insist on the substitution route, where applicable, as the banks have no valid reason for refusing it, other than to increase their return on a bond.

Landlords: Can you cut electricity to collect arrears or evict?